Natasha Romanova (Black Widow) is groomed since birth to become KGB`s Ultimate Operative. When U.S.S.R. Falls apart, the government tries to kill her.

This fantasy/Adventure movie starring Scarlett Johansson as Natasha Romanova is set to be released on April 29, 2020.

A Tony Stark`s (Robert Downey, Jr) cameo is confirmed by the studio and the director, Cate Shortland.

This Adventure/superhero movie is intended to be 25th film of Marvel Cinematic Universe distributed by Walt Disney Studios.

Starring Kit Harington, Kumail Nanjiani, Richard Madden, Angelina Jolie and some of the best actors of Hollywood, this movie has started its production and is set to be released on November 4, 2020.

The plot for this epic movie is unknown but we can expect a trailer any time soon.

Doctor Strange in the Multiverse of Madness

This Fantasy/Adventure movie is the second movie for Doctor Strange series.

Starring Benedict Cumberbatch, Elizabeth Olsen, and Rachel McAdams, this film will be released on May 5, 2021.

There are a lot of anticipations about this Fantasy/Adventure Movie.

The plot is unknown but starring Chris Hemsworth as your mighty Thor and Natalie Portman as Jane Foster, this epic movie will be released on November 5 2021.

Shang-Chi and the Legend of the Ten Rings

This Fantasy/Adventure is something new for Marvel Cinematic Universe and its fans. This Highly Anticipated movie, will be directed by Destin Daniel Cretton, is set to be released on February 11, 2021.

Guardians of the Galaxy pt. 3 and Loki is set to be released in 2021 and 2022 while Hawkeye is canceled.

Not to forget, there are so many other projects in Marvel Cinematic Universe: Phase Four which are not announced yet. 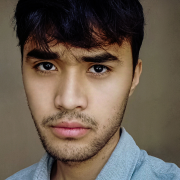 How to free up whatsapp 's full storage?